A partner that is

Partner with relevant agencies to grow your way to the top

|In Digital Marketing, Strategy
|By Team BDA
The Science of Persuasion – 6 Principles That Can Be Put Into Practice

Persuading people to buy a certain product is a science. Here is how you can do it – Robert Cialdini

Psychology and marketing have always had a strong association. Psychology helps marketing teams understand their consumers better – what motivates them, what influences them and what persuades them to take the buying decisions that they take. Robert Cialdini, Professor Emeritus of Psychology and Marketing at Arizona State University has conducted vast research on what influences human behavior and persuades them into action.

He believes that persuasion is no longer an art but is pure science. After years of research, he has highlighted six principles that emulate what are the factors that can lead a person into doing something. Widely believed to be gospel amongst marketers, these principles seek to understand the attempts to influence human behavior and thus provide insights into marketing efforts.

Human beings are compelled by social norms to respond to a favor with another favor. Giving a gift to a friend who has recently given you one, paying for the meal because your co-worker paid for the last one are common occurrences that happen in our daily life. As human beings, the feeling of obligation compels us to return the favor in some way or the other. Cialdini’s research suggested that waiters who gave freebies like mints or chocolates with the bill are likely to get higher tips than those who don’t. Reciprocation has a few caveats attached to it. The requested reciprocated act must be on a similar scale to the initial offering. It is more powerful if the give and take happen within a short span of time. Closer relationships influence reciprocity too because it is harder to refuse your close friend than a salesperson in a mall.

A common example of reciprocity used by marketers is the use of freebies or free sample being handed out in the hopes that the act will be reciprocated with purchase. This principle is used a lot by marketers. Some of the ways in which it can be put to use are by allowing users to download an app or an ebook or application free of cost for a limited period in the hope that they will want to reciprocate by paying for it later.

Human beings have a desire for some amount of consistency in their lives. This principle is based on the fact that public and active commitment causes people to stick to their word. We all want to appear as people who have consistent behavior and values over time. Once a person is committed to something he/she is more likely to be consistent in carrying the task out. A commitment once made, is then tied to the self-image of the person and hence they are more consistent in carrying it out.

This is explained with the help of research conducted in New York City wherein the researchers faked a theft in order to see if the onlookers would respond. One of the research accomplices would listen to music with his belongings on a blanket and after a while gets up and walks away. Immediately, the ‘thief’ would appear and take the person’s belongings. Approximately, only four out of twenty onlookers would intervene. However, when the accomplice tells the onlookers to ‘watch his belongings’ and then walks away, the onlookers become more committed to guarding his belongings. In this case, 19/20 bystanders ran after the thief to stop him. Hence once someone is committed to a task, they are more consistent in actually carrying out the task.

Marketers make use of this sometimes by omitting key information in advertisements. The aim is to instigate consumers to take the effort to find out more and hence feel more committed. For example, an ad for a concert that has not disclosed the prices is more likely to make you take the effort to find out the cost. Because of the commitment to the effort, you are likely to be more consistent in buying the tickets.

Also called a herd mentality, this principle talks about how a person is likely to do something that others are doing a lot. If you see two similar restaurants, one which is full and one which is empty, you are more likely to go to the one that is full because it has the approval of a lot of people. Humans have a tendency to follow what is trending and what is recommended by a lot of people. The influence of peers is powerful and marketers have made note of this.

Advertisers use this in messages such as “9 out of 10 recommend…”. E-commerce websites make big use of this by having ratings of sellers and their products. They even have an option for previous customers to drop in their reviews about the product and the purchase. This helps potential consumers in decision making as they tend to go with what is recommended by other users.

It is true that the more you like a person, the more likely you are to get along with them. However, there are certain factors that determine who we like or why we like them. Research shows that we tend to like those who have a pleasant physical appearance, with whom we have some sort of familiarity, with whom we are similar and who pays us compliments.

This principle plays a very important role in marketing as customers want to associate with brands they like or they can relate to. Brands can create this association in various ways, either through their tagline, brand ambassadors, their uniforms or their ads. For example, salespeople in Apple are always dressed in jeans and t-shirt instead of suits in order to represent the typical Apple buyer who is relaxed, creative and intelligent.

While social proof is important, people are more likely to listen to those who are authority figures. That is why experts or professionals are so often used in advertising. There is an ongoing debate between the use of celebrity endorsers and professional endorsers. Celebrity endorsers may or may not have the expertise in the particular domain but they have a huge fan following which brands might benefit from. Expert endorsers are those that have some amount of expertise in the field. They usually have a niche but dedicated following. Using a celebrity who is an expert is the best choice as they are an authority on the topic with a large fanbase, such as Keanu Reeves for bikes or Jessica Alba for fashion.

The scarcity principle states that people want what they perceive they cannot have. If a consumer sees that a particular product has high demand or low supply then they immediately show interest and are even ready to pay a higher price.

Marketers make use of this by introducing limited edition lines or by advertising that only a few items in the stock are remaining. Ticketing websites use this a lot, by offering deals valid only for a limited time or for packs of exclusive tickets.

Equipped with these six principles, companies can begin to understand how to reach the customers and push them into taking the action they want. All of us at a certain level unconsciously use these principles. However, marketers should be careful in not overstepping and turning influence into manipulation. 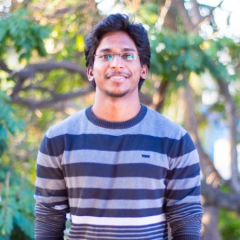 What Is Data Visualization: Uses, Types, Tools, And Techniques